Tactile biomes — one grain of sand at a time

Do you remember the first time you played with sand at the beach or in a sandbox?  There was the feel of the sand — cool, damp and gritty.  With only a scoop of your hands, you created whole new worlds:  mountains, rivers, castles, creatures, and maybe your own little city with roads, tunnels and buildings.  The sand responded to your imagination.  It allowed you to explore and dream; create and build; learn through play.

Now imagine, that sand could come alive!  Imagine it could be infused with light, with motion and life.  Whole new world’s would open for learning through hands-on unscripted play.

That is the heart and soul of HoloSands, to bring sand to life, and to make learning so enticing, you may not want to stop. 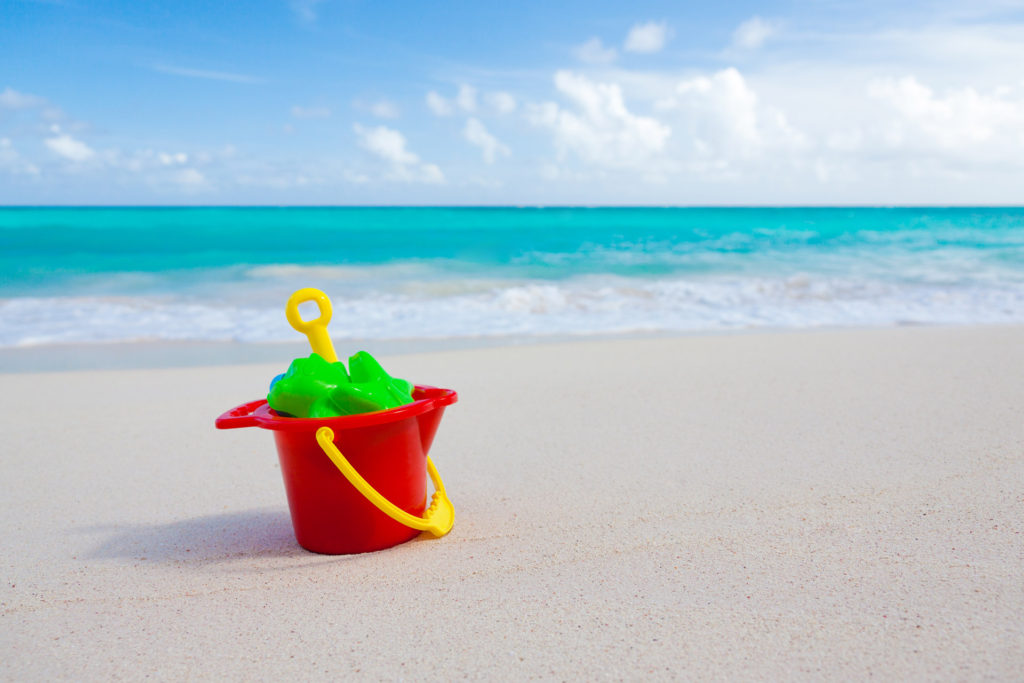 The natural world around us has many unique habitats defined by the terrain and weather patterns of that area. From the high deserts of the American Southwest, to the tropical islands of the Pacific Ring of Fire, each region supports its own community of plants and animals that thrive there. HoloSands was created to facilitate teaching these concepts in a fun and intuitive way.

We use the word “biome” to capture this interdependent marriage between terrain, weather, flora and fauna.  So far, we have recreated five diverse biomes found in North America:

The Appalachian Mountain Range runs from Newfoundland in Canada all the way down to Mt. Cheaha in Alabama.  It is defined by lush hardwood forests and abundant rain, mixed with human settlement in the valleys.  HoloSands recreates this biome with forests on the higher elevations, farm lands in the valleys, and the call of birds and animals that live in these mountainous forests.

The high deserts of the North American Southwest are characterized by their harsh climates; yet tenacious plants and animals find a way to live there.  You will see bare exposed rock layers on the mountains you create, while hearing roadrunners and other birds from the Sonoran desert highlands.

Deserts aren’t just about drought, though, rain is critical to sustaining life there and radically shapes the terrain.  When it rains in HoloSand’s desert, it rains hard, dumping a cloud burst in a very short time.  Just as quickly, though, the water will sink into the sand and evaporate away.

The Rocky Mountains are one of the most beautiful areas of the North American West.  From their snow capped peaks, to temperate forests at higher elevations, the Rockies support many species of plants and animals.  As you sculpt sand, you can create your own world of high mountains, and forest lowlands, with the sound of the wind in the background, and the cry of bald eagles, warblers and Richardson ground squirrels surrounding you.

Tropical islands are unique biomes surrounded on all sides by endless expanses of rolling ocean.  Their lush foliage mask a deadly secret, deep beneath their surfaces, lava squeezes up from the Earth's core and spews out in violent volcanic eruptions.  HoloSands makes it easy to form your own volcanoes, and fun to then watch how lava and water interact when they clash together.

The Arctic is one of the harshest environments on Earth.  From frozen seas filled with floating icebergs, to desolate peaks ravaged by wind and snow, the Arctic is still beautiful in all of its wildness.  Listen closely and you will hear the call of wolves as they fight for survival, and the cries of skua as they fish along the shores of these northern climes.

Not technically a biome, but our elevation map is an important educational tool.  The colors change from blue at the deepest parts of your terrain, to greens, yellows, tans and  whites at the highest peaks.  With each step up in elevation you will see a contour line showing areas of equal elevation.

You can use this to teach map reading skills and how to interpret terrain features such as ridges, valleys and canyons.

Water is fundamental to all life on Earth.  We are blessed to have so much of it, in all of its forms: liquid, gas and solid.  Imagine if we were just a little bit closer or farther from the Sun.  All of our precious water would either boil off or freeze solid.  But we are at just such a perfect place that water can fall from the sky, give life to our plants and animals, then evaporate and return to the sky as clouds and rain. 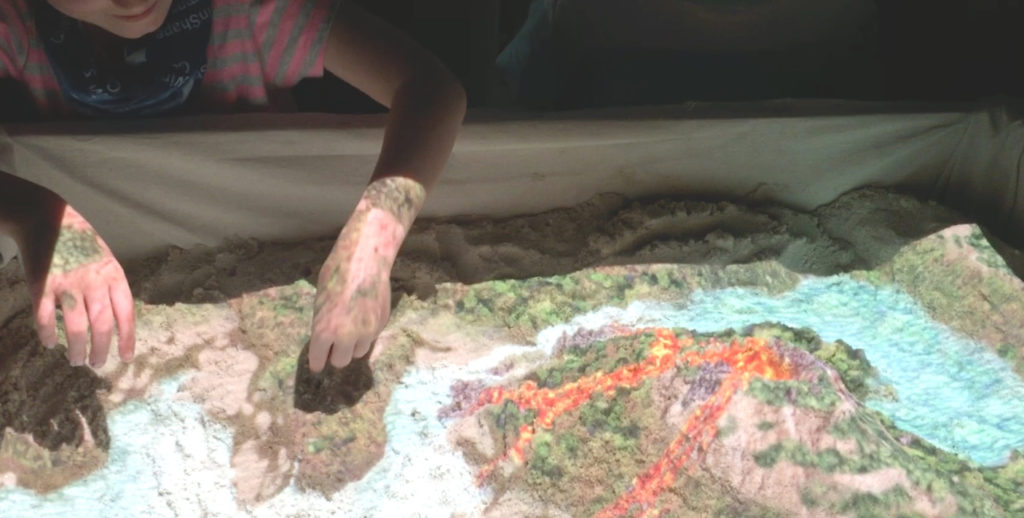 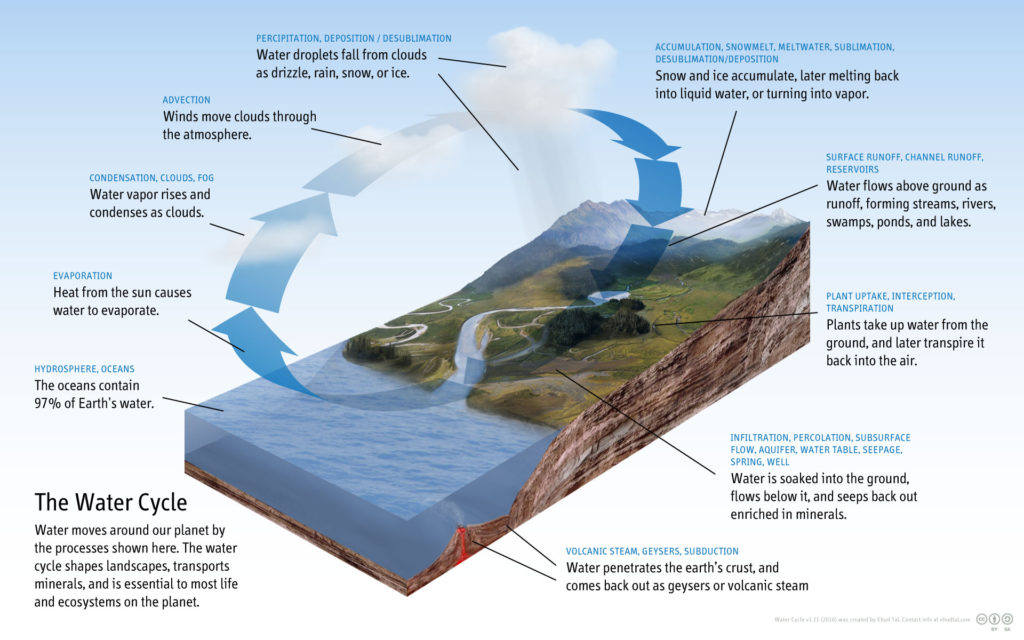 We use simple “rain sticks” which allow players to create and move thunderstorms around the terrain.  Moving the rain stick higher creates a bigger thunderstorm and more rain.

Each biome has its own basic rain rate.  For instance, in the desert a lot of rain is dumped quickly on the terrain.  This creates flash floods that rush down the canyons and valleys of the desolate terrain. 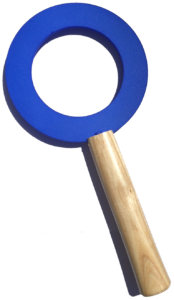 Each biome has its own characteristic evaporation rate.  If you do not make it rain often enough, the rivers, ponds and lakes you created will dry up and disappear. The desert is the worst, rain evaporates almost immediately, so you can almost never form a lake or pond.  On the other hand, in the Appalachian Mountains, it is easy to sculpt out lakes, rivers and ponds and keep them filled and flowing.

We treat oceans a bit different though.  We treat them as being so large that rain storms will not make them rise, nor will any droughts you make cause them to fall.

In the last few weeks volcanism has been in the news with eruptions of lava occurring on the big island of Hawaii.  Volcanism has shaped much of the surface of our planet, from the great Ring of Fire encircling the Pacific, to volcanoes in Iceland, Italy, Anatolia and even Mt. Kilimanjaro in Africa.

It is simple to build a volcano in HoloSands.  Just make a roughly volcano shaped mound, then dig a small caldera divot in the top.  We quickly detect the volcano and cause an eruption to occur with a growing pool of lava spilling over the volcano’s edge — with rumbles and explosion sounds to boot. 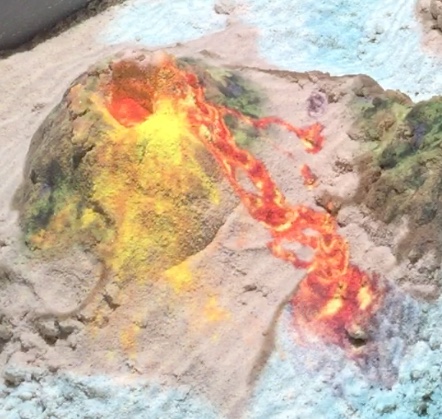 We wanted to do more in HoloSands, though, than just making pretty animations.  We wanted to simulate how lava flows and interacts with water.  And that is exactly what we made for you:  a first order correct thermodynamics and lava flow simulator.

HoloSands continuously calculates a thermodynamics transfer equation for each unit of lava in the simulation.  It cools at a given rate after leaving the caldera of its volcano.  Left by itself, it eventually reaches it freezing point and solidifies into solid black rock.

The real magic happens, though, when lava hits water.  We calculate how much heat the lava gives up to the water and how much water boils off as a result.  If lava hits a large enough pool of water, such as the ocean, it will cool down completely and freeze.  On the other hand, lava can boil off a small pond or lake without much effort.

Well, its not boring to us, since we love pixels and making them dance.  But here goes:

HoloSands comes with an easy to use “Docent Panel”.  It can only be accessed if you have a keyboard (which HoloSands does not need for normal operation), and can be password protected.

From the Docent Panel you can control if biomes automatically change periodically; and which ones are active in the rotation.  You can turn volcanoes on and off for each biome separately.  The interface also lets you select your active depth sensor, and align the sensor with your projector.

We offer a WatchDog option, which is a physical power strip that can cycle power to the computer if it ever locks up for any reason.  HoloSands sends this power strip a “heart beat” periodically.  If for any reason that heart beat stops for long enough, the power strip turns the computer off, waits a few seconds, and then turns it back on.  This gives you the peace of mind knowing, you will not have to dispatch tech support personal out to your museum floor and have them tear an exhibit apart to reset the computer.

Our WatchDog unit also allows you to set a weekly schedule of on and off times.  For instance, you could have the HoloSands exhibit wake up each morning an hour before you open, and shut down automatically an hour after you close.  This saves a lot of personnel time, and ensures you start each day with a fresh exhibit.

We will help you integrate a HoloSands table into your museum’s exhibit space.  We can either provide just the guidance you need to design and install a sandbox unit yourself, or we can design, manufacture and install a unit for you.

We provide on-site setup hours with each HoloSands license, and would be glad to provide you with longer term support either on-site or remotely.

HoloSands is licensed per sandbox that you would like to setup.  If you would like to have a secondary license for a small traveling version that you use in your outreach programs, we can discuss reduced pricing for such add-on licenses.

We can license all of HoloSands features as a package, or allow you to choose the features you would like from an ale-carte menu to meet your budget.

We are planning to do a couple of roadshows over the next year.  If you would like us to stop by for an on-site demo, please contact us and let us know.

Well, that is about it.

We would love to hear from you if you have any questions, or would like HoloSands for your facility.

Remember, education doesn’t have to be boring

We think education is best when it intrigues the mind and engages the imagination.  This poor fellow is not going to remember much of anything he reads: 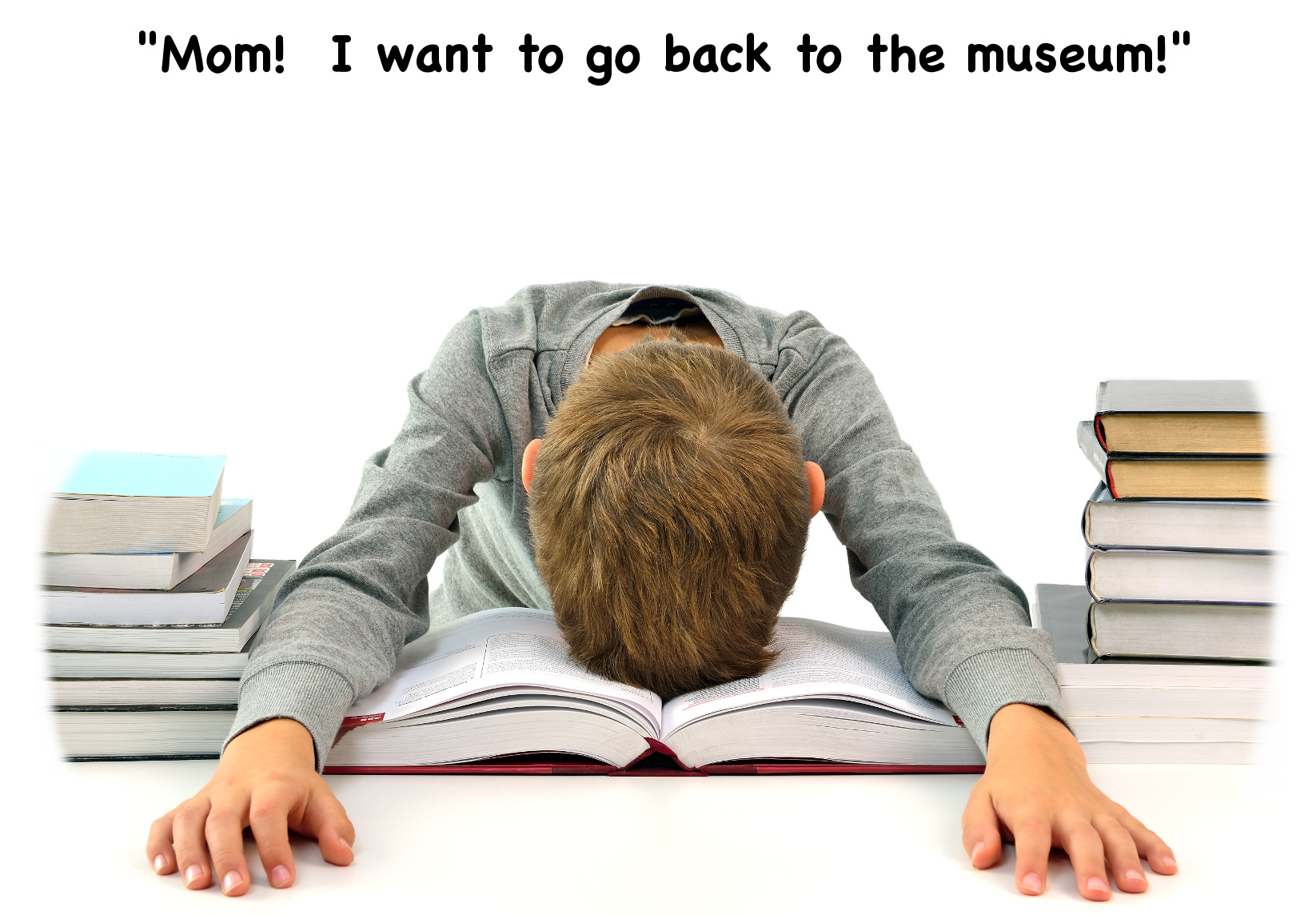 But this young lady will always remember how much fun she had learning at your museum! 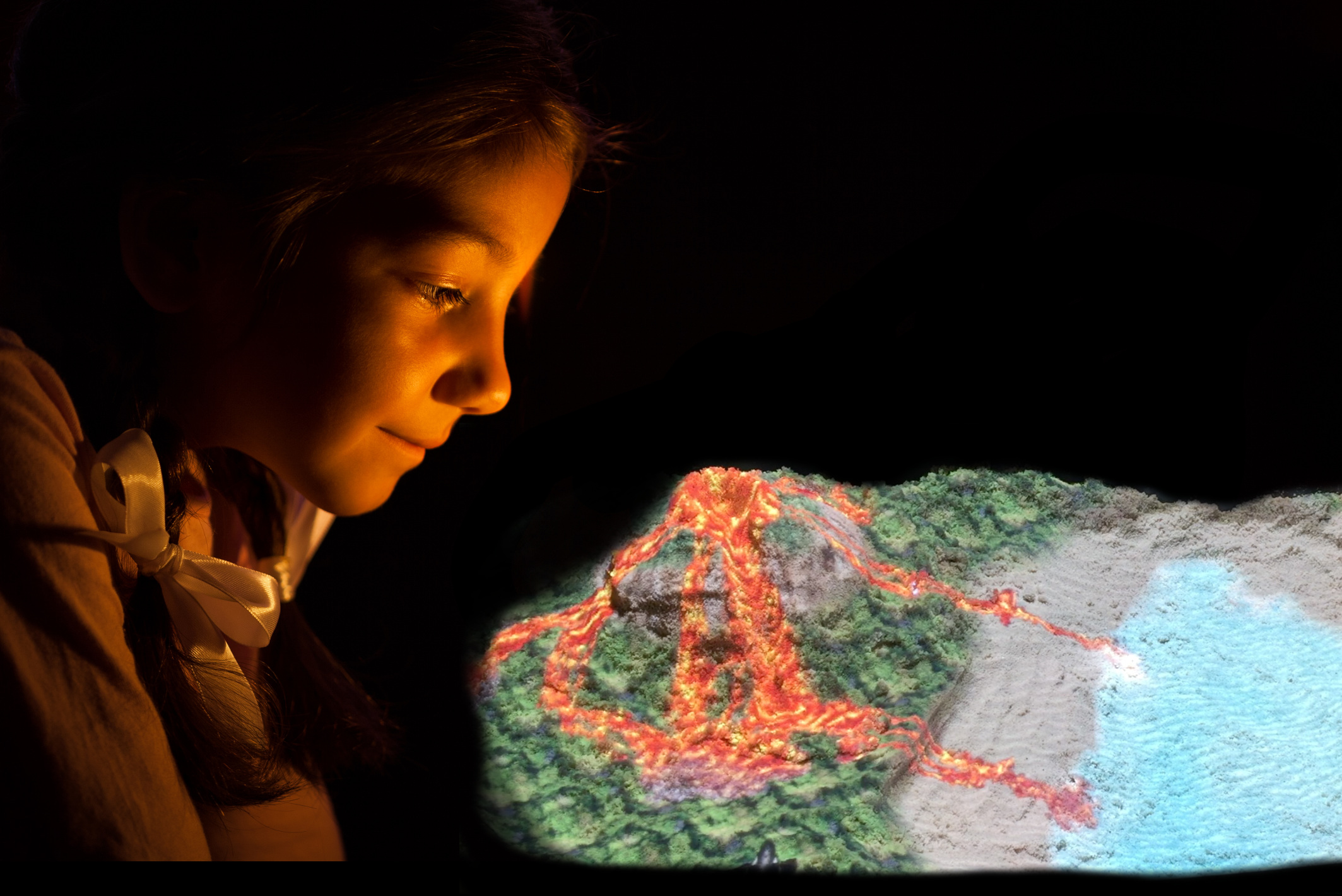